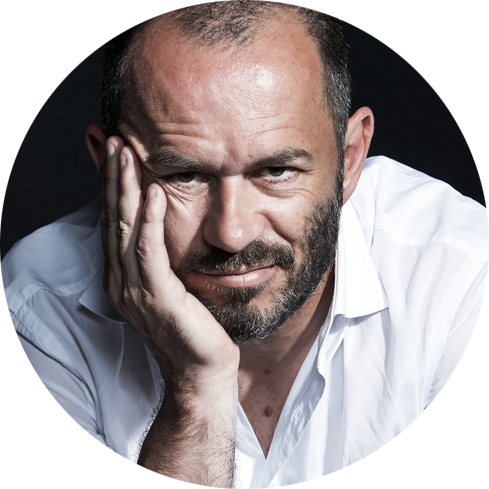 Assuming the stage name Greg Ellis at the age of 16, Jonny has achieved success in all mediums of show business and has a unique perspective on how to entertain in the spotlight. (Internet movie database)

His show business credits are extensive. He starred in the western Forsaken alongside Demi Moore with Donald Sutherland. On the big screen he is best known for his portrayal of Lieutenant Commander Groves in the Pirates of the Caribbean movies as well as starring in J.J. Abrams Star Trek as Chief Engineer Olsen, the original chief engineer of the Starship Enterprise.

Jonny joined the cast of Hawaii Five-0 in season five to play Thomas Farrow in a major recurring arc, was a regular on the Fox drama Touch as Trevor Wilcox and played the villainous Michael Amador opposite Kiefer Sutherland in the 3rd season of the hit series 24. He also co-starred opposite Sir Anthony Hopkins and Angelina Jolie in Beowulf, with Brad Pitt in Mr. and Mrs. Smith, and alongside Leonardo DiCaprio and Kate Winslet in Titanic.

He is the voice of MZingo in Disney’s Lion King series The Lion Guard and Jet-Vac in the Netflix series Skylanders as well as the voice of Valen Rudor in the Disney animated series Star Wars Rebels.

Jonny’s television credits include: Dexter, The X-Files, The Riches, Bones, Alcatraz, Star Trek: Deep Space Nine, The Closer, CSI, Nip/Tuck, Perception, Knight Rider, Days of Our Lives and Trust Me and many more.

Jonny has over 100 video-game credits to his name including iconic series like: Call of Duty, God of War, Diablo, Unchartered, Dragon Age, Star Trek, Cars, Lord of the Rings, X-Men, and Medal of Honor, to name a few. He was also the voice of Rocket Racoon for the Guardians of the Galaxy video games.

Jonny has performed for H.R.H Queen Elizabeth II at Saint Paul’s Cathedral as well as two Royal Command Performances and his solo recordings garnered two Top 20 singles in many European markets and a number one hit single in Italy.

With over four decades of experience on the stage, Jonny brings a dynamic, engaging and entertaining voice that focuses on empowering individual perceptions for the greater collective good.

Familial and co-operational, his theories on phenomenology, behavioral science and the art of emotional intelligence are presented with an enlightening philosophical and playful approach that challenges people to think outside the box and feel inside the circle of life.